Cannes France is known for the glamorous grand hotels that overlook the French Riviera.

Built in 1909, the luxurious 338-room Carlton Hotel Cannes is a popular residence for movie stars, particularly during the Cannes Film Festival which is held each spring. 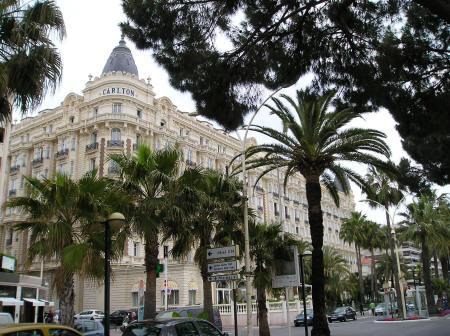 The Carlton Hotel was the central location in Alfred Hitchcock famous film "To Catch a Thief" which starred Grace Kelly and Cary Grant.