Cannes France is a wonderful place for people-watching. The city attracts thousands of rich and famous people from around the globe.

The wealth arrive in their luxurious yachts and on private jets and stay at one of the grand hotels on Cannes' famous Boulevard de la Croisette. 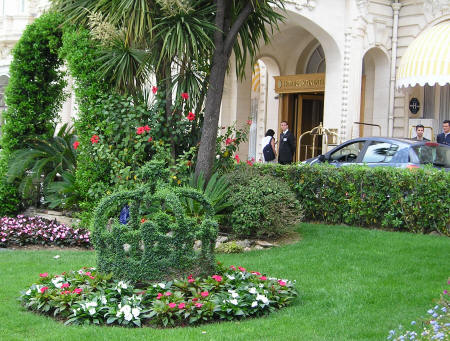 The Carlton Hotel is the place where the American actress Grace Kelly originally met Prince Rainier III (the Prince of Monaco).  They were later married.